A visit to Wolverhampton Art Gallery 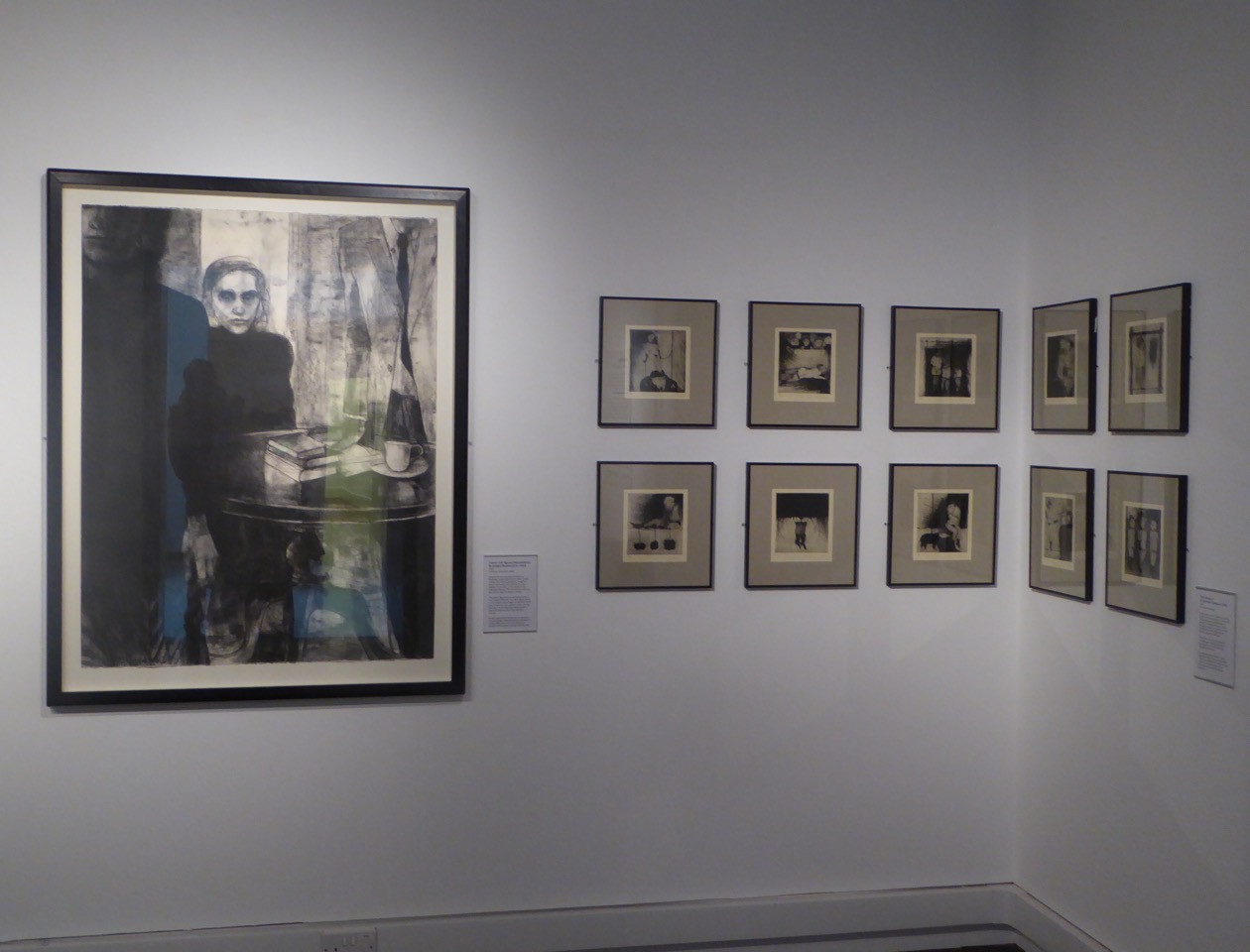 Today I went to Wolverhampton Art Gallery to see their small exhibition ‘Art and Writing’, which includes my 1990 drawing Rosmersholm.  This was acquired by WAG in 1991 and is based on the play of the same name by Ibsen.  I was interested to see the work again and pleased to find it in good company, alongside etchings by Ana Maria Pacheco and Paula Rego.

The charcoal drawing dates from a phase when I worked more closely from literary sources than I do at the moment.  I was also at that time very interested in the figure and in suggesting psychological tensions between figures, without resorting to direct illustration of the text.

The exhibition runs until February 5th and precedes a literary festival in the city.

I also had the chance for a second look at Rosemary Terry’s exhibition ‘The Projected Kitchen’, which runs until February 12th.  This is an installation of sculptures carved in wood, which takes every day kitchen objects and plays with ideas of scale, and two and three dimensionality.  It is a beautiful, quiet and contemplative show.  Rosemary is an old friend from my ten years at the Eagle Works in Wolverhampton, a well known group studio situated in a 19th century factory building, which has been going strong for over 30 years.

So, a worthwhile trip and it was nice to be back in Wolves again.